The 1851 census showed Lustleigh as an exclusively rural farming village. By this time however the railways were changing the whole country and Lustleigh was to change too.

Work began in 1863 and was completed in 1866. The granite stones with which the bridges were built were cut and dressed from rocks on Lustleigh Cleave and horses and carts were used to transport the stone from the Cleave to the building site.

Following a Board of Trade inspection, the branch line was formally opened on Tuesday 26th June 1866.

On completion, the broad gauge line was 12 miles, 28 chains in length, with intermediate stations at Bovey Tracey and later at Teigngrace.

In 1872 the M&SDR was fully amalgamated with the South Devon Railway and a few years later in 1878, was absorbed by the Great Western Railway.

Text from: The Railway, by Jan Rowe – In: The Book of Lustleigh, Compiled by Joe Crowdy, Halsgrove Press, 2001 The gardens at Lustleigh station were renowned for being one of the best kept on the Great Western Railway. The station staff tended the gardens and there were allotments, all laid out on the far side of the tracks. 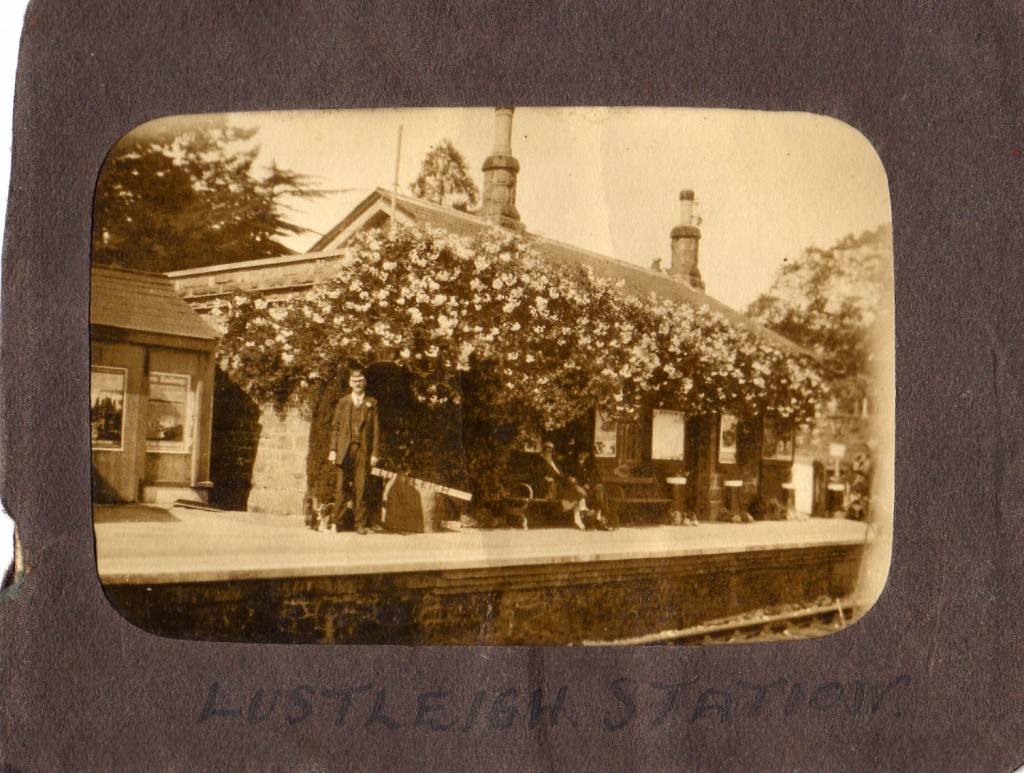 Once resident at Lustleigh station was a cat, “Jumbo”. He is buried beneath a miniature gravestone bearing the inscription:

“Beneath this stone and stretched out flat,
Lies Jumbo, once our station cat.” 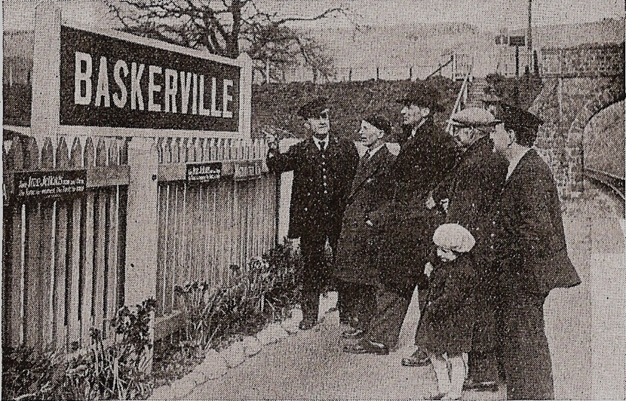 Lustleigh station was used in the 1930 film of Sherlock Holmes – The Hound of The Baskervilles, produced by Gainsborough Pictures. The film starred Robert Rendell as Holmes (third from left in the trilby hat) and Frederick Lloyd as Dr. Watson. Co-incidentally, Rendell was a past resident of the village. The station was temporarily renamed “Baskerville”. The Railway and Tourism

There is no doubt that the coming of the railway brought an increasing number of tourists to Lustleigh. In 1934, the GWR decided to equip 20 old coaches for use by campers and one was located in the sidings at Lustleigh. They generally slept six people. As you can see from this poster, they were still popular in the mid-50’s. From the beginning, the branch lines had always struggled financially. In the initial enthusiasm to promote the building of a line that was intended to bring prosperity to the local community, the cost of building routes over difficult terrain, of borrowing capital and of paying a huge workforce were largely underestimated.

Many local lines found themselves unable to cover the normal running costs.

In May 1957, The Mid-Devon Advertiser revealed that the closure of the Moretonhampstead branch railway line was under consideration.

In March 1959, the Western Morning News reported, “the last train came down the Moreton line …. To the clamour of detonators and whistle shrieks and ‘Auld Lang Syne’.

And so ended the passenger service of the M & SDR. Freight services continued for a few more years. After serving the needs of the local people for nearly a century the railway age for Lustleigh had ended.
If you look around you will see parts of the old railway still in use around the village, old track as gateposts and of course the bridges still remain – most of them now on private land, and one of the boundary marker stones is now a step in a local garden. 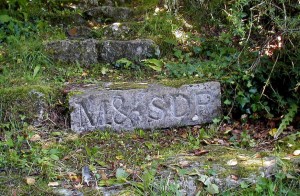 Lustleigh station lies empty, the track and the metal bridges having all been removed after the line finally closed in about 1963. The station is now a private house. Many parts of the railway line are now on private land. The Bovey Tracey end of the line is home to the Bovey Tracey Heritage Centre, housed in the old station building and open to the public. Some parts of the railway have been opened up as bridle and footpaths.
The Wrey Valley Trail project intends to utilise the majority of the old railway from Moretonhampstead to Lustleigh – and then onto Bovey Tracey – for walkers, cyclists and horse riders.