What we know now as the traditional May Day celebration in England can be traced back to Roman times and the festival of Flora, the goddess of fruit and flowers.

During the middle ages, it was customary to go “a-maying”early in the morning to collect fresh flowers with which to crown the “fairest maiden in the village”

The origins of the ‘Maypole’may be linked to one old tradition that used to mark the end of the winter and celebrate the coming of spring. This involved cutting down a young tree, which was then stuck into the ground. Villagers would then dance around it, in the hope of a good crop that summer.

Lustleigh probably held its own ceremony during these times but it lapsed until Cecil Torr, who lived in Wreyland, revived it in its present form. Torr wrote:

“ There is a May Day festival here, for which I am responsible. There used to be dancing around the Maypole at the Flower Show and other festivals but none upon May Day itself: and I put an end to that anomaly“

THE FIRST TWO LUSTLEIGH MAY QUEENS

When the ceremony was resurrected by Cecil Torr, the May Queen was crowned on a rock on the hill above Wreyland  at Long Tor Farm (now on private land). 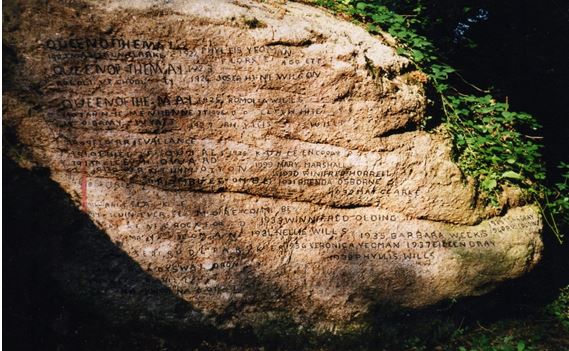 We hope for good weather on May Day, however it doesn’t always turn out quite how we would like it….. 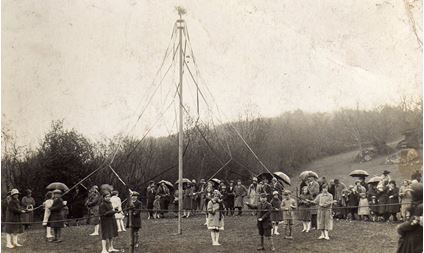 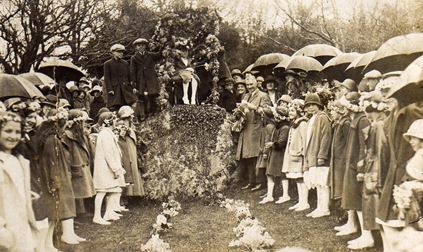 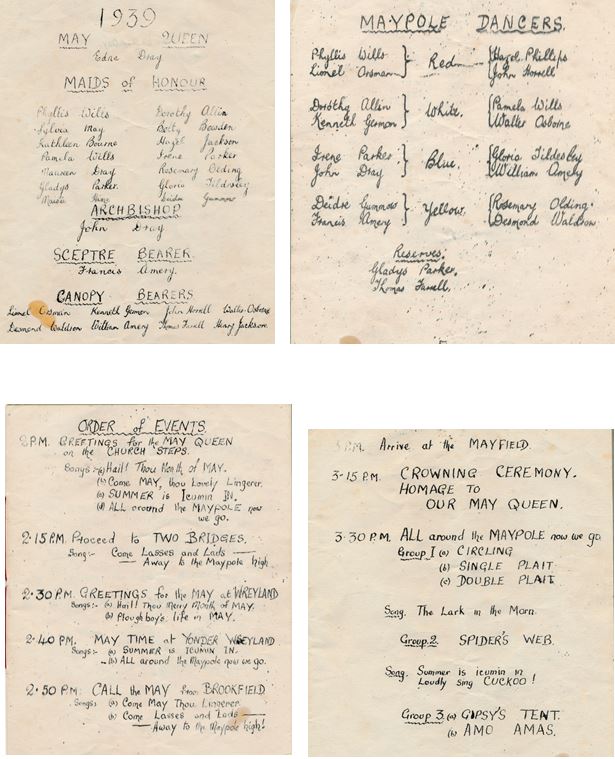 Before the school closed in 1963, the children congregated in the playground before the parade commenced

Although the May Day festival continued throughout WWI, the ceremony lapsed after the start of WWII, the last one taking place in 1940.

It was not until 1954 when it restarted, in a new location Town Orchard, where there was a suitable rock for the crowning ceremony. Newspaper reports at the time tell  of large amounts of granite being blasted out of the ground in order to create a flat space for the Maypole dancing to take place.

If you are looking for a Lustleigh May Queen, enter her name into the search box:

The Lustleigh Community Archive is open….

Please note – We may have to close due to problems finding enough volunteer cover.  Watch out for updates on this page and on our Facebook page.