Queen Victoria is the longest serving monarch in the country’s history, reigning for 64 years between 1837 and 1901. In June 1887, the nation celebrated her Golden Jubilee. It was for this occasion that the Lych Gate and steps to the church were built. As early as 3 a.m. the village was preparing for a party with a feast of beef and plum pudding for the men of the village. For the children and woman folk………….. “An excellent tea was prepared” (probably by themselves, after having cooked the beef and plum pudding for the men!).

Ten years later, on 22nd June 1897, celebrations were again the order of the day for Victoria’s Diamond Jubilee. Several weeks beforehand a committee was formed – in fact two as one dealt with celebrations for the men folk and the other for the women and children. Special prayers were said on Sunday 20th and God Save the Queen was sung, including a new verse composed by the Dean of Rochester. 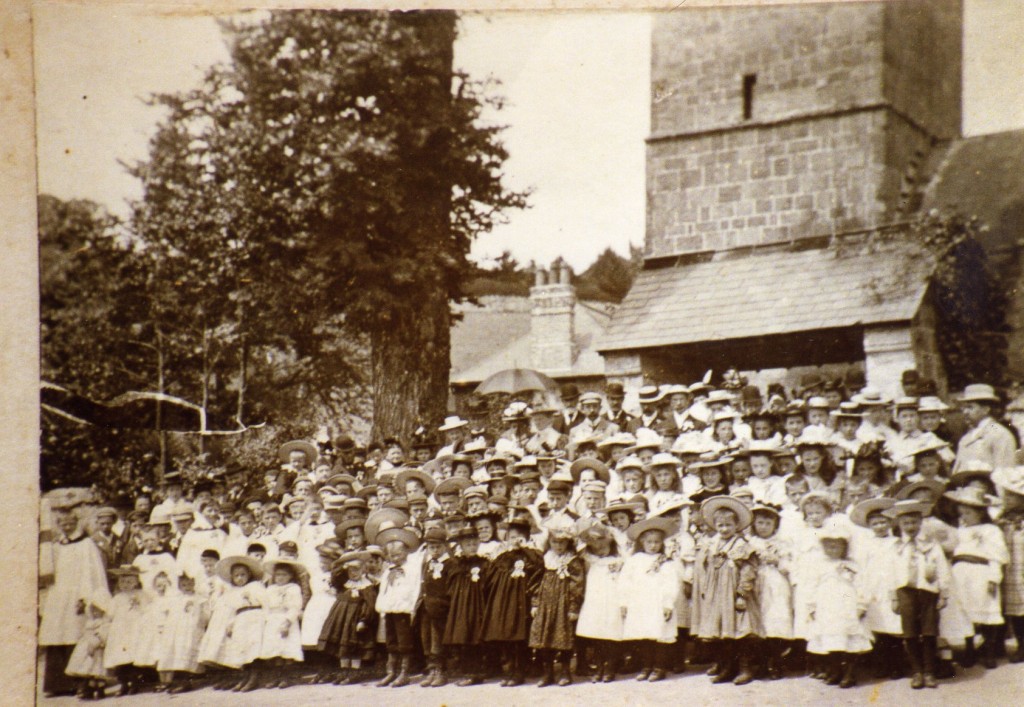 On the stroke of midnight, 60 shots were fired in the “village square” and at 5 a.m., another salute took place. The church bells then rang before a short church service at 8 a.m. where Holy Communion was held. Photographs of the choir, congregation and village children were taken on the church steps. Following a similar theme from the Golden Jubilee celebrations, the men feasted on beef and plum pudding – with tea for the women and children at 3 p.m. For the rest of the afternoon there were sports with a drum and flute band from Moretonhampstead and a string band from Plymouth providing music. Bonfires were lit on the Cleave and at Bullaton Rock. Dancing followed by the light of bonfires until a late hour. 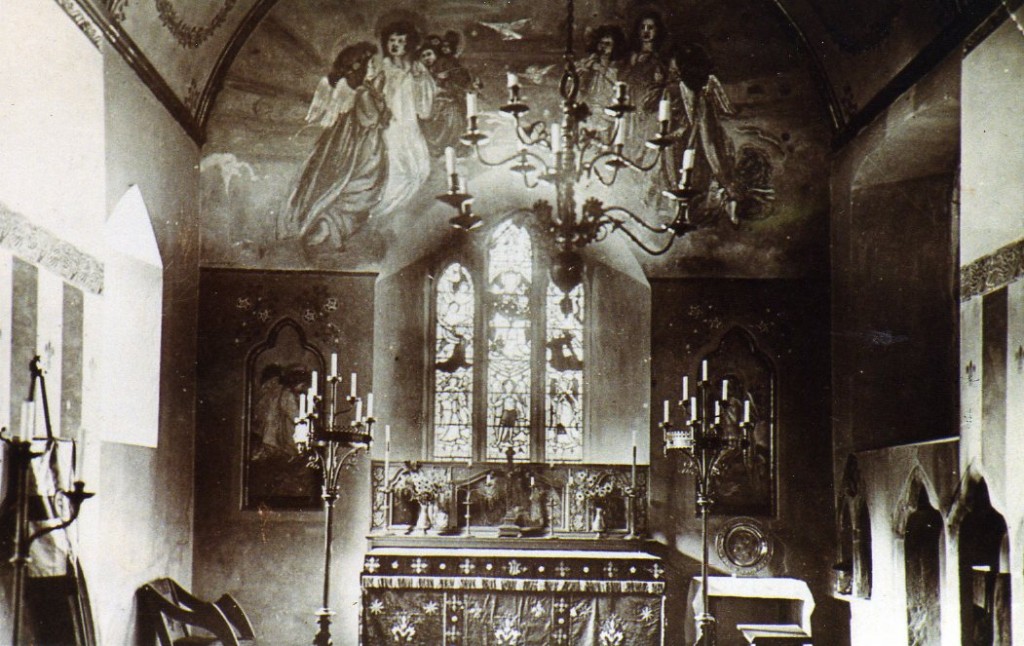 As a lasting memorial to the event, the church chancel was “painted in fresco” by Mr. Reginald Hallward, Honourable Secretary of the Guild of Clergy and Artists. An unnamed parishioner gave a brass, fixed in the arch leading to the south transept, with a border of the rose, shamrock and thistle in the national colours of red, white and blue and on it were painted the letters V. R. I.
Most of the information for the above was taken from the Lustleigh Parish Magazine, May – July 1837 and 1897, which are held in the Archive Room.